Our last project for semester one was to create an awareness campaign for one of the chosen social issues be it Suicide, STD’S or crime. our task was to design out appropriate visuals that clearly shows your chosen target group and thoughtful approach to the chosen issue. After a lot of consideration I’ve chose to design out suicide.

[includes 4 A2 Posters and awareness cards] 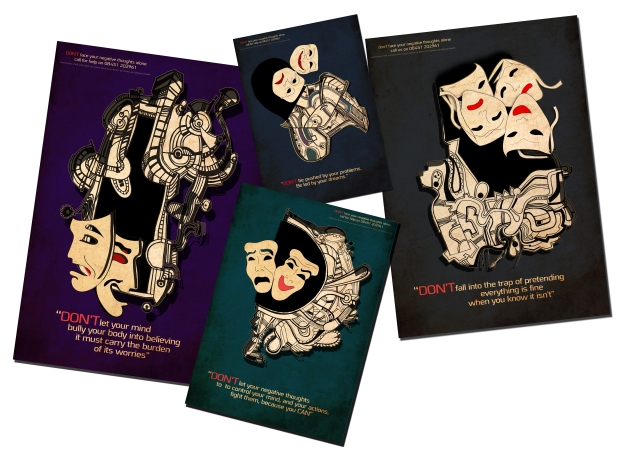 After doing a good bit of research I realized how strong the connection between depression and suicide is. I looked at different articles on depression and various campaigns, I also read a few books on the topic and all of them concentrated on how important it is to get help on time as it can cause some serious damage to mental health which can then lead to suicide. That is when I decided to concentrate on depression as the main factor of my project, and create an awareness campaign for people that might not be informed of how serious depression is an can get if untreated.

My chosen media for the campaign was series of illustrative posters that captures the illusion of depression and how it can drag you down, push you, build up on you and your thoughts. Another important factor of illustrations thorough each poster was a theater mask. People that feel depressed tend to put on an acting mask, and pretend that everything is fine when it isn’t. That makes it really complicated for family and friends to realize when a person really needs help. Each poster consists of illustration and a quote to catch people attention and make them aware of the issue, and it’s importance. The black ‘hole’ in each poster illus- trates the feeling when depression takes over and drags you down. It can be seen as symbolic visual of suicide. Floating masks surrounded by illustrative graphical lines, that are ment to be seen as depression/tangled thoughts pressure, and overload of different feelings that are all mixed up. When depression occurs people are floating between negative thoughts. 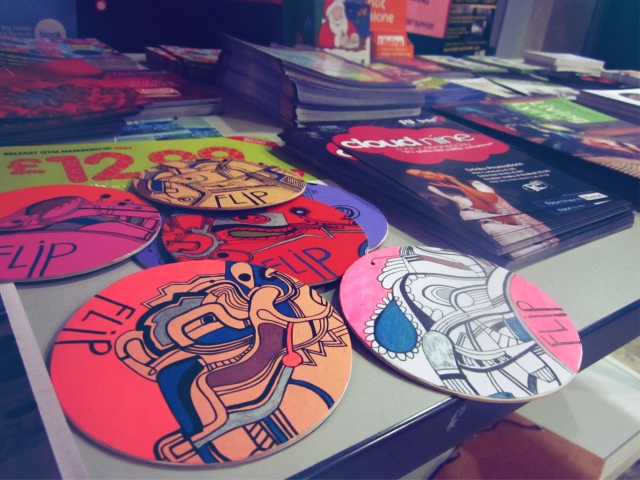 Second part of the campaign was awarness cards. I concentrated on them being eye catching as my target audience was 16-24 years old youth and to appeal to such young people  campaign had to be eye catching  but informative at the same for those that might need help. 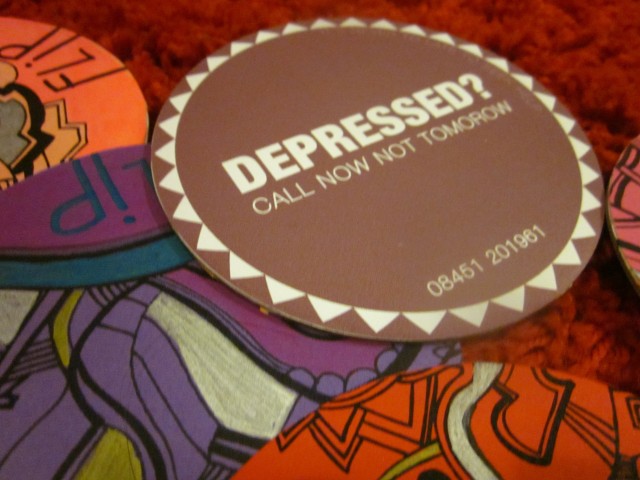 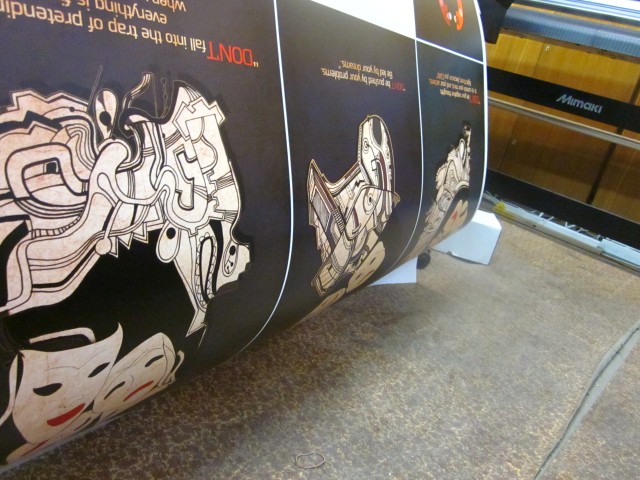 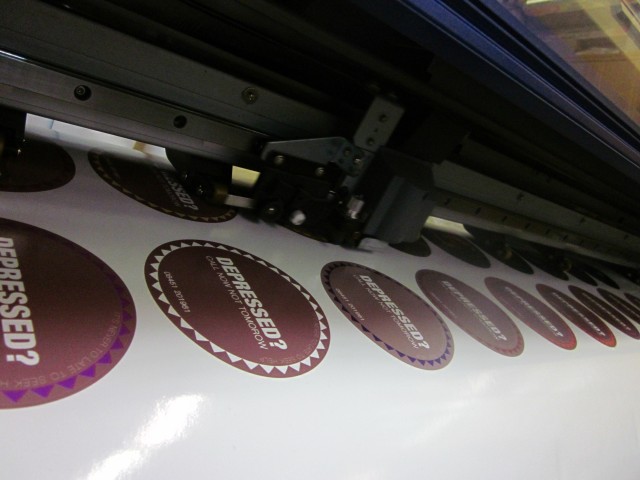 I'm Freelance Artist Vasare Nar.
This is my creative blog.
Here you will find
• My New Artworks and collabs
• Design tips and inspirations
• Lifestyle updates
• Creative tools that I use
• Design/ Art /Fashion mood boards

I live for learning or creating something new every day.
Hope you enjoy it.
Design portfolio www.vasarenar.com
mail@vasarenar.com for new commissions or licensing my work.
Follow me on Instagram @vasarelle

Would appreciate if you would show some love to the art I create, share or get one of designs these created from my heart! 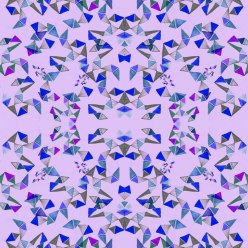 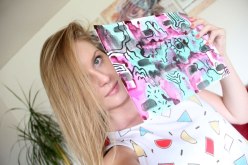